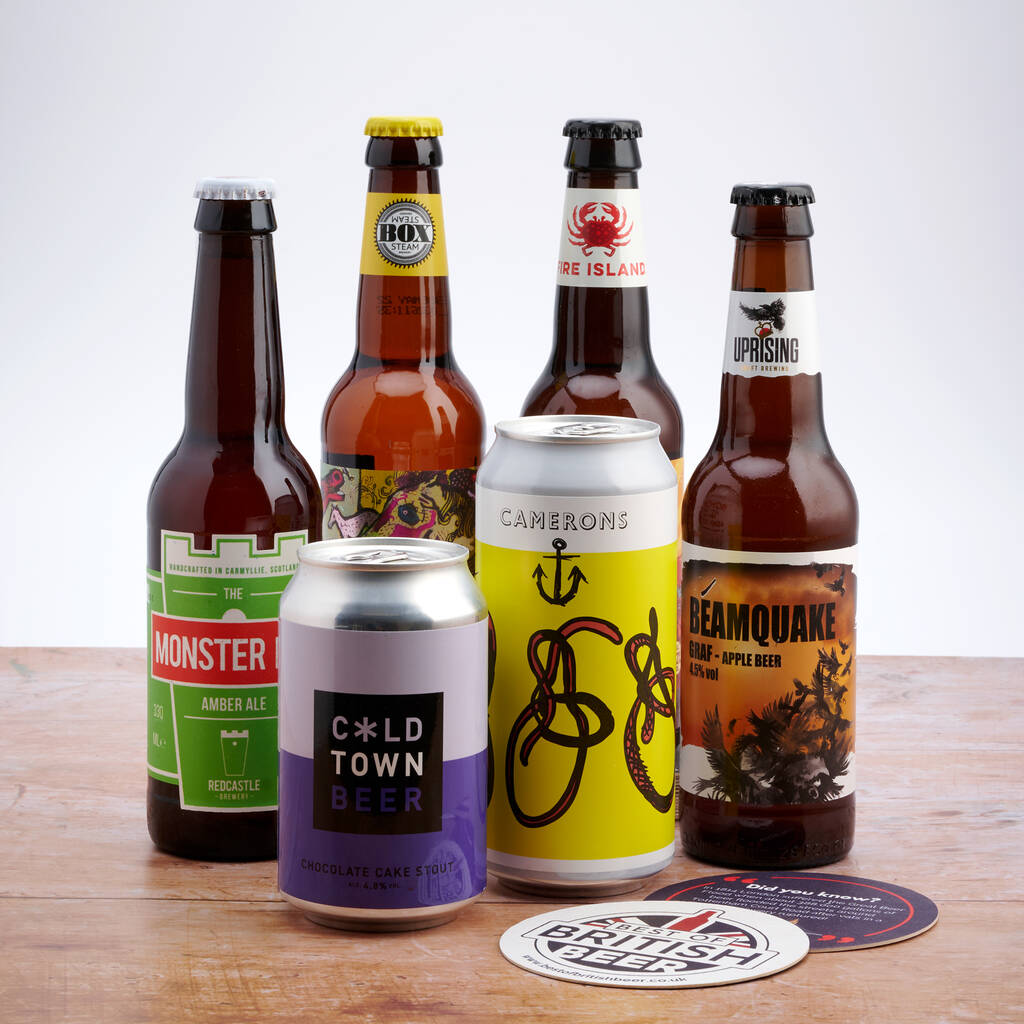 A cool collection of 6 of Britains finest craft beers, perfect for any beer hipster!

A cool collection of 6 of Britains finest craft beers, perfect for any beer hipster!

Ideal for those who enjoy a refreshing cold drink but don't want to settle for bland, mass-produced ale.

In recent years British beers have grown hugely popular, gaining them a strong reputation as a serious drink. As a result, microbrewers have now turned their attention to these traditionally styled drinks and created something rather special.

All produced in small batches using only the finest ingredients, each case contains 6 craft beers from the following producers:

There is currently a huge interest in British beer, with breweries producing traditional and contemporary beers. Craft ale is a term used to describe those that are produced in smaller quantities by independent microbreweries.

The more innovative breweries are putting their contemporary beers in 330ml bottles and we've hand picked 6 that we believe showcase the current British brewing talent.

This is a mixed collection which is mostly pale and hoppy with the occasional dark beer included. If you would prefer all lagers, check out our other products.

The bottles are delivered in a Best of British Beer branded box which measures 30 x 29 x 27 cm.

We can include a free personalised gift note for you. Just add your item to your basket, go to the Secure Checkout and then select Gift in the Delivery Options and add your message.

All beers are shipped on 1-2 day service within 1 working day of receipt. If you would like this item to be delayed until a specific date please just let us know.

There are mixture of 6 x 330ml bottles and cans delivered in a Best of British Beer branded box. Please note the wooden crate is not included.

This product contains alcohol. By purchasing this product, you confirm that you are 18 years of age or over.

ALLERGEN INFO: Beer will contain gluten from malted barley and malted wheat. Occasionally, some beers may contain lactose, please check with us if concerned or to exclude any particular ingredients

You may be subject to an age check on delivery