Swerve the strikes and get your gifts in time for Christmas. Shop now 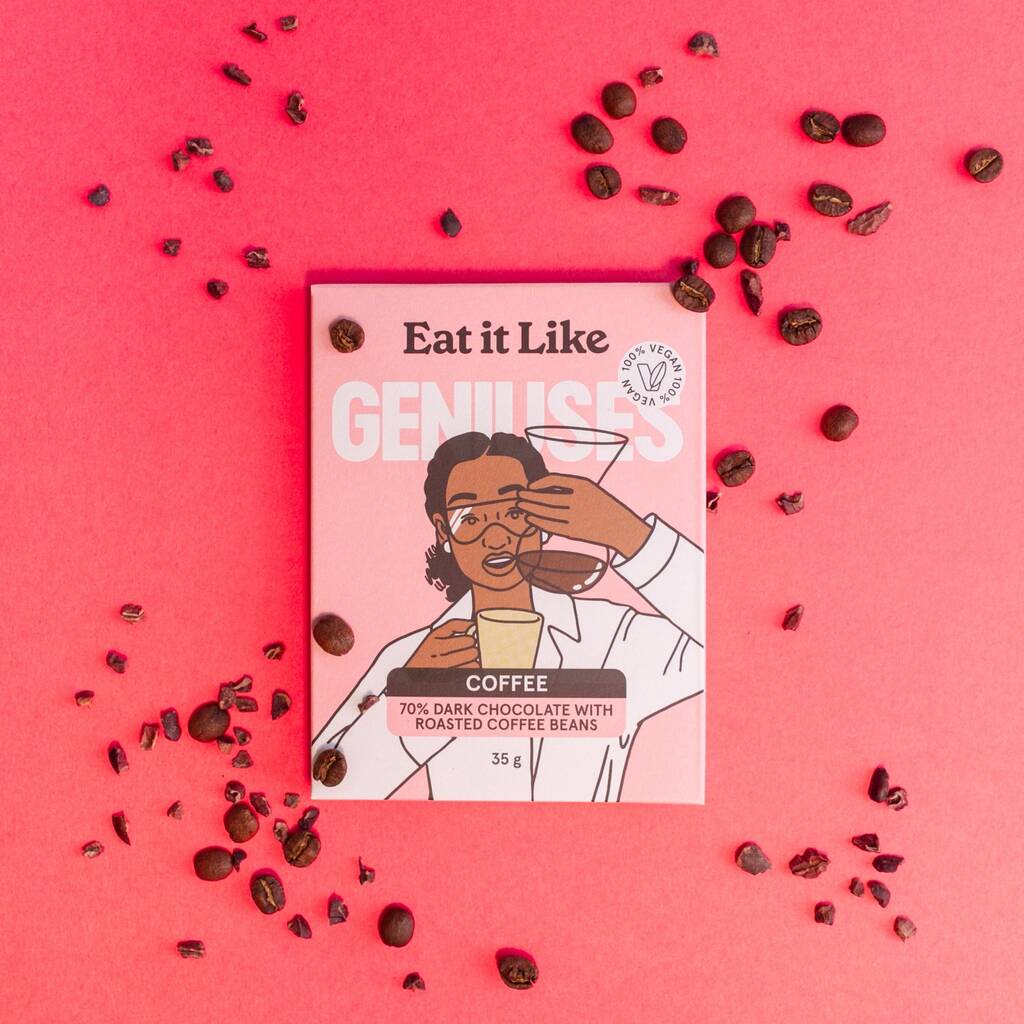 The Geniuses story from which the flavour was inspired by:

Coffee has been the drink of choice for some of the greatest geniuses throughout history. Beyond keeping you awake, coffee is a stimulant that allows your brain to work in a smarter and more efficient way.

But it’s not the only ingredient that boosts your brain… You guessed it -- chocolate does too! A strong correlation was found between national chocolate consumption and the number of Nobel Prizes a country has won.

We combined both of these recipes for mental success into one bar: now imagine the possibilities.