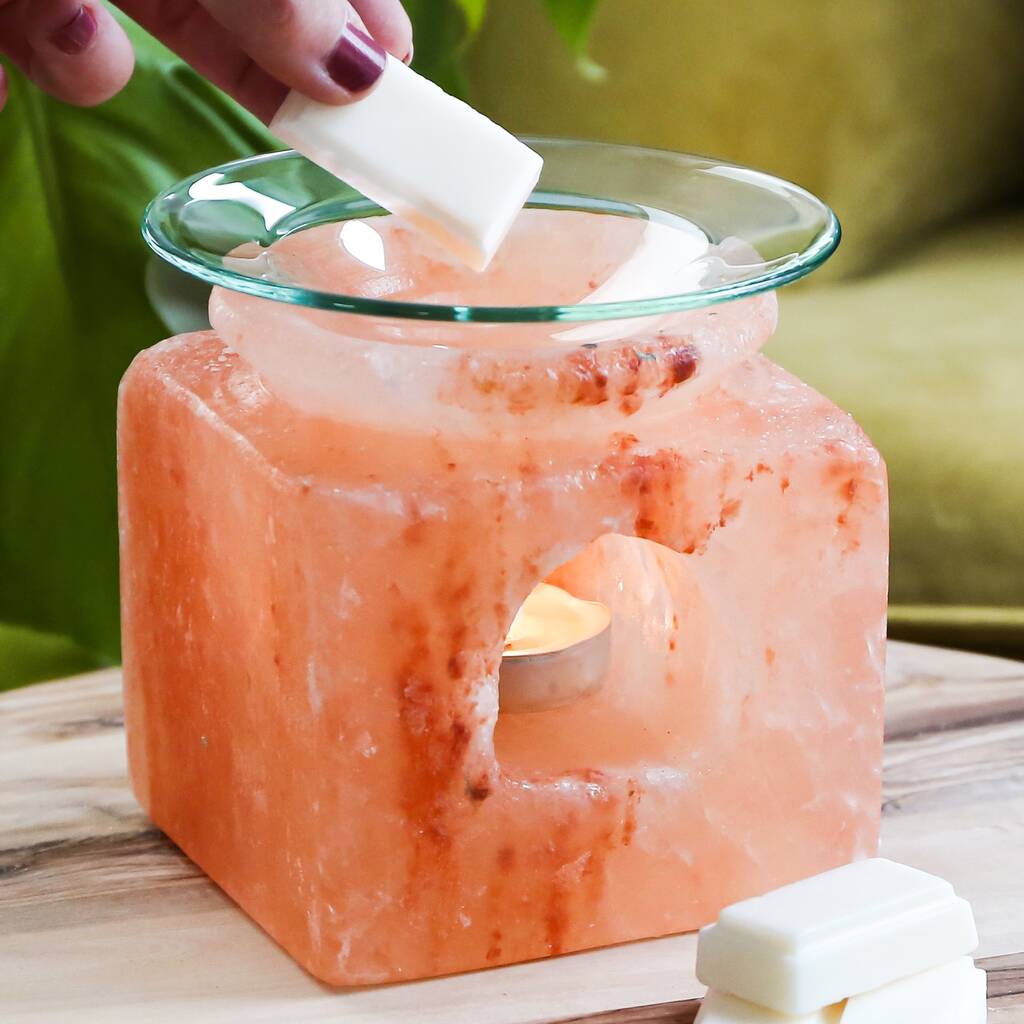 A salt crystal remedy for relaxation and positivity, this burner combines the benefits of Himalayan rock salt with your chosen fragrance.

A salt crystal remedy for relaxation and positivity, this burner combines the benefits of Himalayan rock salt with your chosen fragrance.

Carved into a simple cube design with an opening to see your tealight glow. Simply add a few drops of your favourite oil in the glass plate to add a lovely aroma to any corner of your home.

The glass top is removable, allowing you to clean it.

Many of us are in constant connection with technology that surrounds us and overwhelms us. Himalayan salt has many claimed health benefits for day-to-day life. Formed over hundreds of millions of years and mined over 800 feet under the foothills of the Himalayas, it is said to continually release negative ions, commonly found in open spaces such as mountains and beaches, to neutralize the air by reacting with positive ions released by all of our tech and devices. Those negative ions can leave you feeling refreshed and energetic, potentially boost your mood, and even help you with getting a good night’s sleep. It is also reported that the salt attracts water vapours which often carry allergens, bacteria and mould through the air, acting like a filter, meaning your burner will produce cleansed air in your living space to breathe day and night.

What are the reported Health Benefits of Himalayan Salt?

- Humidity attracting abilities to cleanse the air of allergens.

- Leaves you feeling refreshed and soothed.

- Helps you sleep and improves your mood.

Does your candle holder look wet? Don’t worry! Its hygroscopic abilities will draw water vapours to it, which can sometimes make the salt look damp. Simply light your tea light and the warmth will have it dry in no time. Because of the hygroscopic nature of the salt, it's best not to use this wax warmer in the bathroom.

Never leave a candle unattended or in reach of children or pets, or leave it lit on anything that could catch fire. To clean your candle holder, just give it a wipe with a damp cloth.