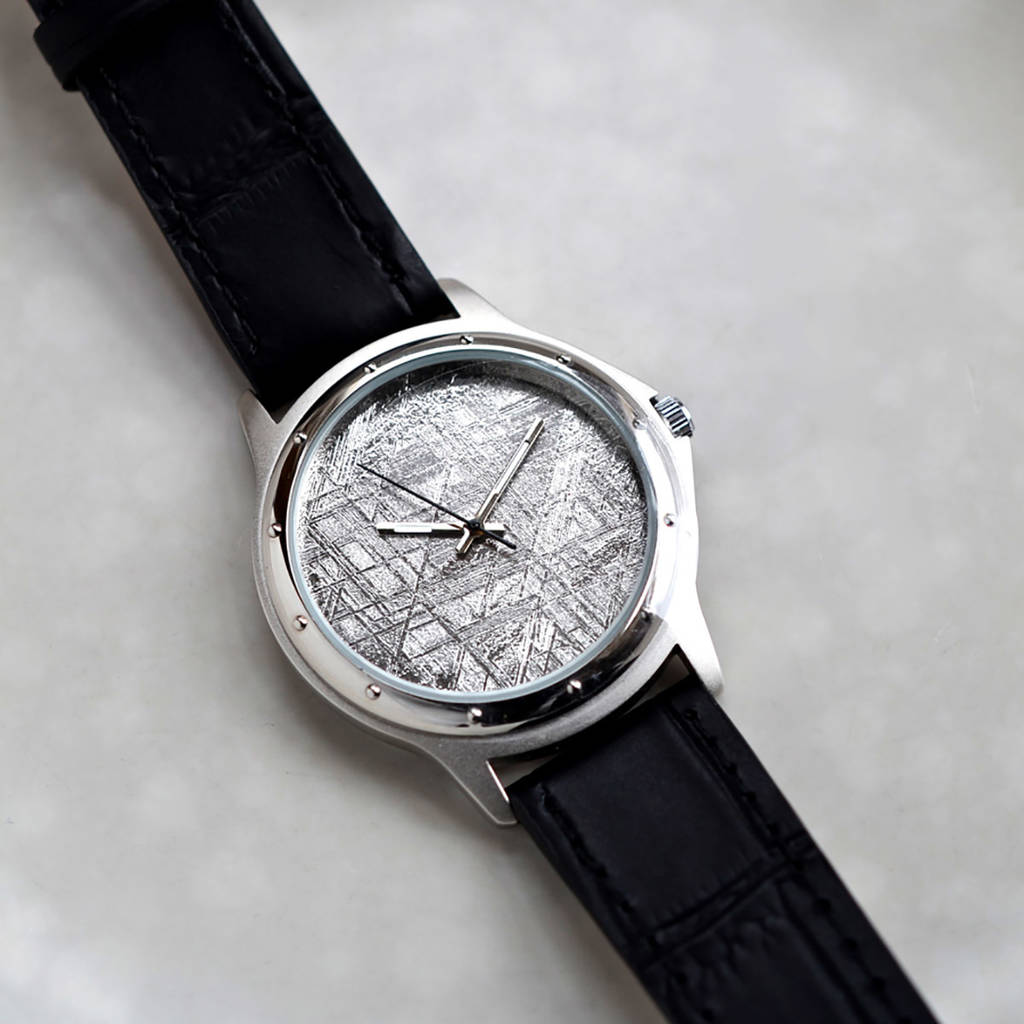 This extraordinary meteorite watch is an extra-terrestrial slice of natural history, and will become a treasured family heirloom, for generations to come.

This extraordinary meteorite watch is an extra-terrestrial slice of natural history, and will become a treasured family heirloom, for generations to come.

Classic style watch, with black leather strap, and a face made of a slice of pure Muonionalusta meteorite! A beautiful statement watch - perfect for Valentine's Day for the man that has everything!

The watch is engraved on the back with 'Muonionalusta Meteorite'. The watch is 3ATM water resistance, and has glow in the dark hands!

The Muonionalusta meteorites are not only extremely rare, they are almost always buried! To make finding the specimens just a little harder Swedish law dictates that a license must be obtained, and then those pieces buried in the perma-frost must be excavated by hand. We will provide a certificate of origin and authenticity with piece of meteorite jewellery.