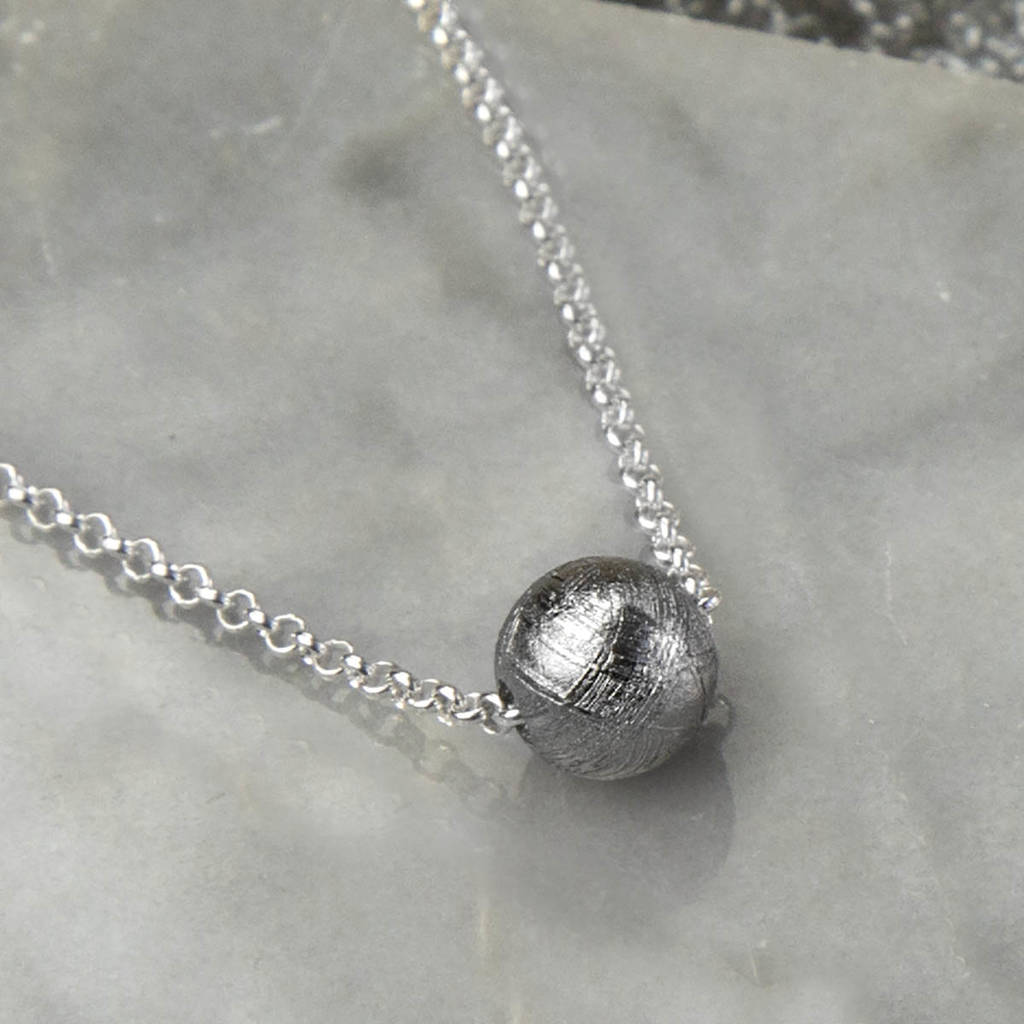 Consisting of a sphere of Muonionalusta meteorite threaded with a sterling silver belcher chain. This makes a beautiful piece of jewellery and a talking point all in one!. If you've ever yearned to own something from out of this world, here's your chance.

This wonderful necklace comes in a gift box with a blank gift card for you to write a short message on. There is also a certificate of authenticity which comes with your necklace

The meteorites are not only extremely rare, they are almost always buried! To make finding the specimens just a little harder Swedish law dictates that a license must be obtained, and then those pieces buried in the perma-frost must be excavated by hand.