Up to 50% off ends at midnight. Shop Black Friday

It's the final countdown - up to 50% off ends midnight.  Shop Black Friday 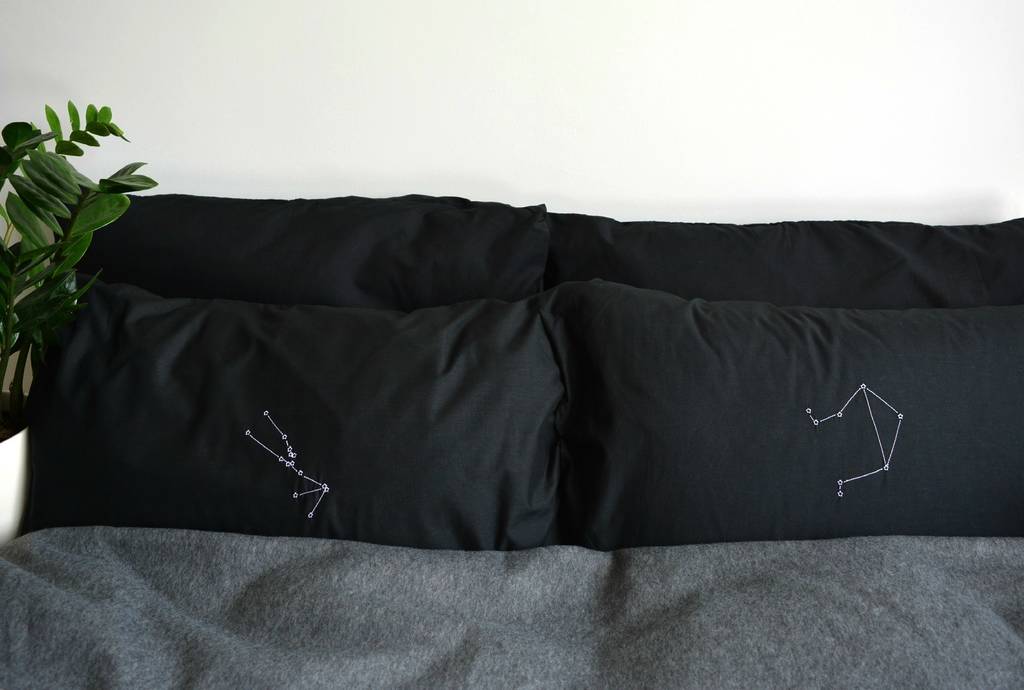 A pair of star constellation pillowcases embroidered with any zodiac signs of your choice.

A pair of star constellation pillowcases embroidered with any zodiac signs of your choice.

An unusual gift for a couple who have an interest in astrology or astronomy. A practical, lightweight gift for a wedding or anniversary.

The white pillowcases are 100% cotton and have a 200 thread count.

The black pillowcases are polyester cotton.