Hurrah – up to 50% off feelgood finds. Shop winter sale 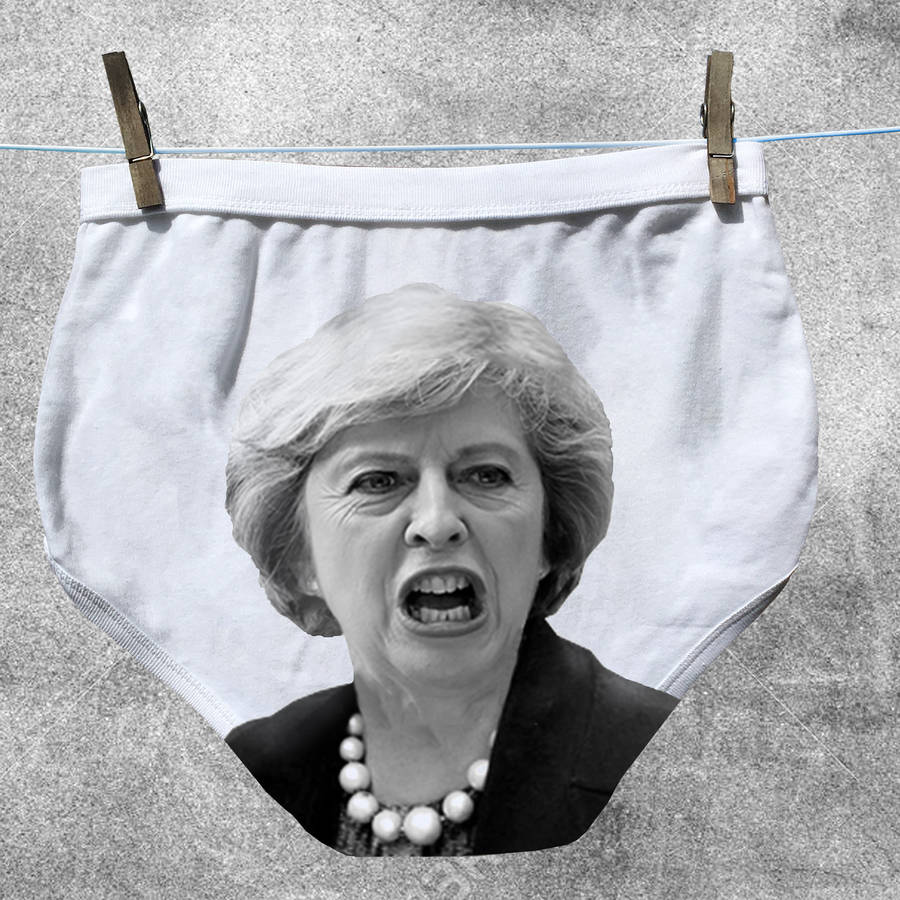 Political Pants Underwear For Men And Ladies May

These magnificent Theresa May undies make a perfect gift for any teenager or adult with political conviction and dubious parliamentary leanings,

A joyous birthday, anniversary, or graduation gift which is guaranteed to get a triumphal reaction. Can be worn outside trousers for rallies, marches, protests or kinky bedroom antics. Or on the head for door step canvassing. Radical underwear you probably wouldn't want to get run over in.

We offer a totally no-quibble policy on refunds or swaps on un-personalised items except underwear. We appreciate there is nothing more deflating than receiving a gift you are not totally delighted by. So if you are in any way underwhelmed please let us know so we can make amends swiftly and satisfyingly.

100% glorious cotton. Please note that the Y Fronts are on the large side to allow for the high-mindedness of our noble statesmen.

We spent a long time finding a company who made very high quality and vibrant transfer prints for this design. The joy of this is that the print won't crack, fade, peel, split or misbehave in any way and will last countless washes for many happy years.