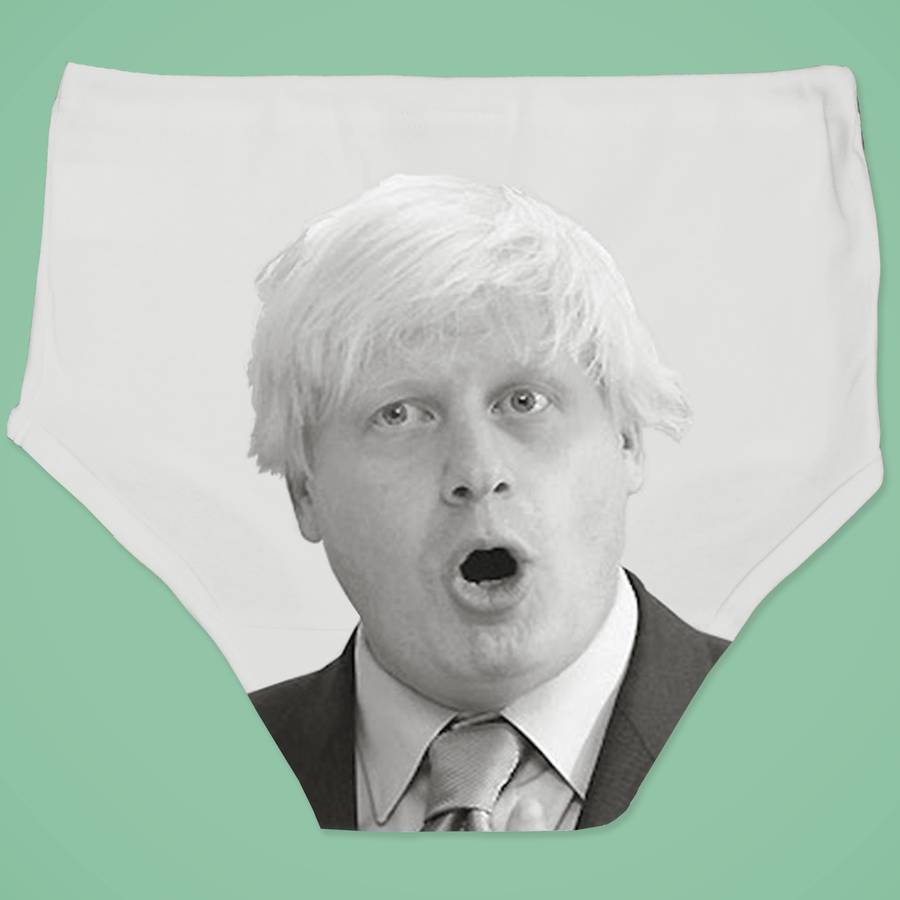 Come on ladies! A spectacular pair of undercrackers for any teenager or fully fledged adult with odd political convictions and a soft spot for Boris's mopish barnet. These pants can be worn outside trousers for rallies, marches, protests or kinky bedroom antics. Or on the head for a spot of doorstep canvasing.

A joyous birthday, anniversary or Valentines gift which is guaranteed to get a triumphal reaction. Radical underwear you probably wouldn't want to get run over in.

Our Political Pants have appeared on many current affairs programmes including The Wright Stuff and This Morning. I can also reveal that many politicians own a pair including Boris Johnson, Gordon Brown and Donald Trump.

We will happily write gift messages on request at no extra cost to make this a perfect, personal present.

No sniggering at the back please!

100% glorious cotton. We spent a long time finding a company who made very high quality and vibrant transfer prints for this design. The joy of this is that the print won't crack, fade, peel, split or misbehave in any way and will last countless washes for many happy years.

'We use Royal Mail so cannot guarantee exact arrival times, but we can post it to match as closely as possible the date specified. For guaranteed delivery date, (Mon-Fri only, signature req), opt for Express Delivery.’