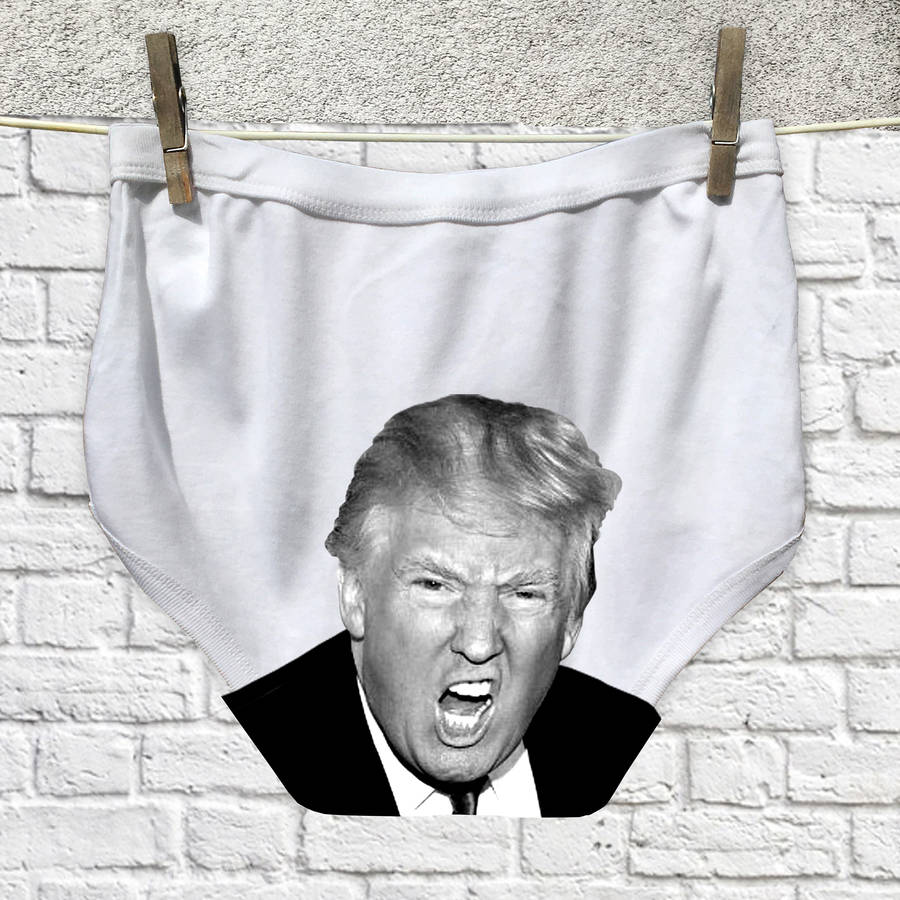 Trump Pants For Men And Women

Presidential Underwear. Love him or hate him Trump Pants make a jaw dropping Father's Day birthday, anniversary or graduation gift which is guaranteed to get a triumphal reaction.

Radical underwear you probably wouldn't want to get run over in. An original Twisted Twee design.

sizes: medium, large and extra large for men and small to XL for ladies.

We offer a totally no-quibble policy on refunds or swaps on unpersonalised items except underwear. We appreciate there is nothing more deflating than receiving a gift you are not totally delighted by. So if you are in any way underwhelmed please let us know so we can make amends swiftly and satisfyingly.

Twisted Twee was created in 2003 by Suzi Warren and Georg Thesmann as an outlet for their particular mergence of wit and practical lunacy. We work with a fierce and funny team of friends in a garden chalet in Camden to ship thoughtful and well crafted silliness to all the corners of the earth. For details of our rickety old journey please follow this link to our home page: