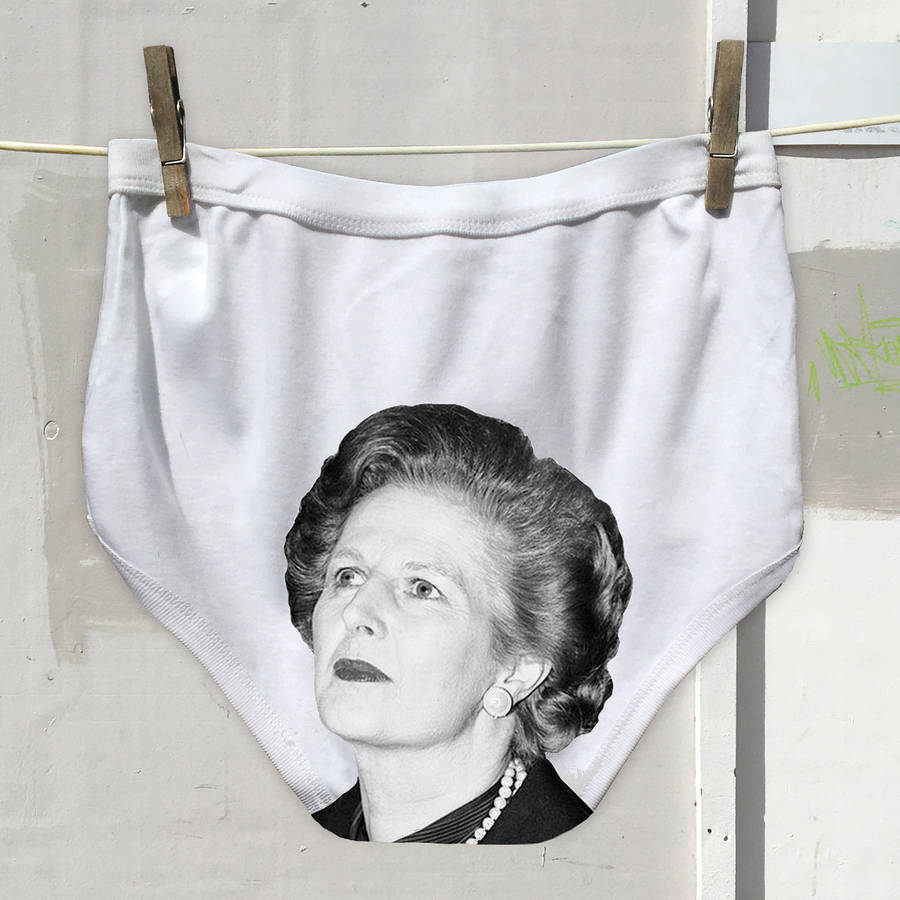 A joyous birthday, anniversary, Valentines or graduation gift which is guaranteed to get a triumphal reaction. Can be worn outside trousers for rallies, marches, protests or kinky bedroom antics. Or on the head for door step canvassing. Radical underwear you probably wouldn't want to get run over in.