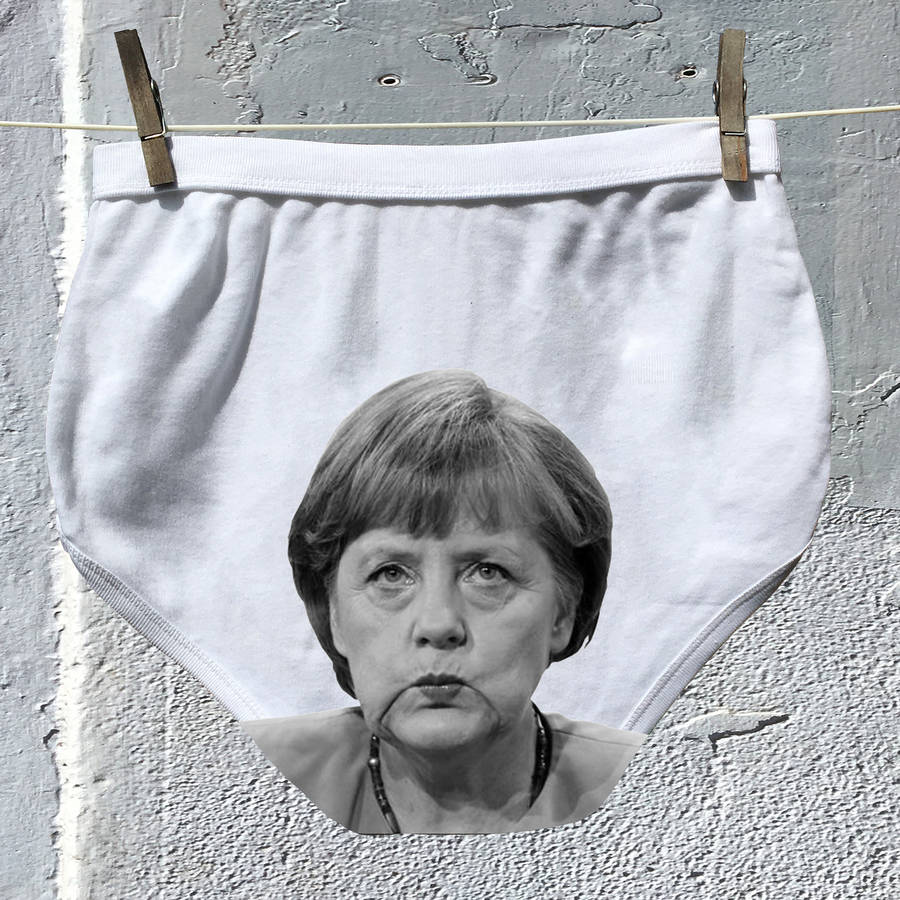 These statemenlike undies also make a perfectly horrifying present for any teenager or adult with political convictions. Can be worn outside trousers for rallies, marches, protests or kinky bedroom antics. Or on the head for door step canvassing. They will look very noble hanging on the washing line, or draped nonchalantly over a radiator.

A joyous birthday, anniversary, or graduation present which is guaranteed to get a triumphal reaction. Radical underwear you probably wouldn't want to get run over in.

We will happily write gift messages on request at no extra cost to make this a perfect, personal present.

We sell Medium, large and extra large sizes. They are a little on the high side but that is to accomodate the whole of Merkel's noble head.

'We use Royal Mail so cannot guarantee exact arrival times, but we can post it to match as closely as possible the date specified. For guaranteed delivery date, (Mon-Fri only, signature req), opt for Express Delivery.’