Ali’s work is an amalgamation of personal experiences, family history, religion and identity. It is memories that Ali believes shape her life and art, her designs are inspired from childhood memories, urban culture, vintage eccentricity and nature.

As a child growing up with severe dyslexia Ali found solace in art. After graduating from art school in 2003, Ali worked in window design at Selfridges, Fortnum and Mason whilst studying and working on her art at collage in the evenings. Experimenting with firing designs on to china led to Ali’s first fine bone china tea set being born.

Ali exhibited in London, Paris and New York. In 2010, when framers John Jones invited her to run a major exhibition in their space and her collections sold out – Ali Miller London began.

In 2012, three of Ali’s designs were used in the BBC’s Sherlock Holmes, starring Benedict Cumberbatch. This had a major impact – literally selling out overnight. 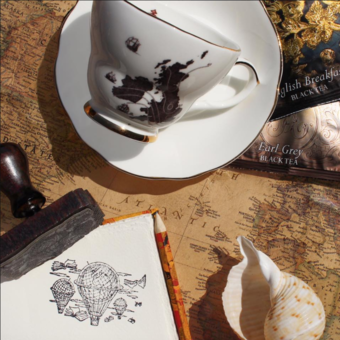 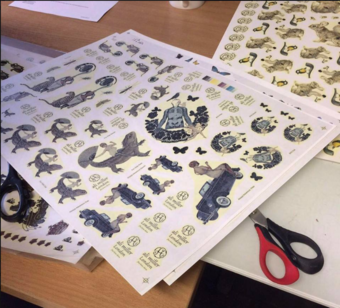 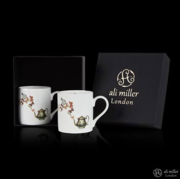 Please note that due to high demand, orders in the UK will currently take 7-10 working days to be be shipped to you. Orders outside the UK will take 15-20 days. If you need your item for a particular date, please let us know.