Natalie, the designer behind Inktally has been drawing and painting since she was just two years old. Her parents would line the walls in her bedroom with plain wallpaper and let her loose with a paint brush and paints. This freedom to create from a young age would give her the self belief to one day sell her creations to hundreds of thousands of art lovers online.

As a child Natalie would often be described as having her head in the clouds, a constant daydreamer. Although she grew up, she never really entered the "real world". Choosing to remain with her head in the clouds she began drawing images of her daydreams, visions that would come to her as her mind drifted. She found that people identified strongly with these images, almost as if they had seen similar visions themselves. This strong connection to others, through art, is what drives her to continues to create. 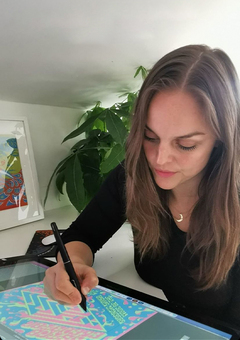 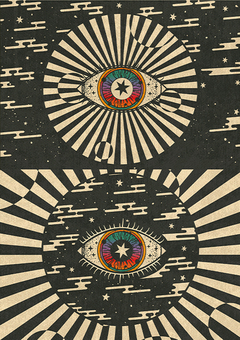