Chunky & funky foods for the fridge raider and cupboard forager.

Partners in life and in business, the brand was born after Andre, a keen cook and former food buyer at both Harrods and Selfridges, became frustrated with constantly hearing Jon complain about a lack of chunky crisp piccalilli that he remembered from his childhood. Andre offered to make Jon some.

After some trial and error, he presented the first jar to Jon, who loved it so much, that he convinced Andre to sell it. Using his previous buying experience, Andre developed the branding, recipes and four initial products to form the first range.

From that early start, Manfood was born, with initial production done in their country kitchen in the heart of Cambridgeshire, and sold to local farm shops and farmer's markets.

Today, Manfood has a small production facility in Huntingdon, and produces a selection of 25 different products, but we still use Aspalls cider vinegar, British sugar and a whole of of love. 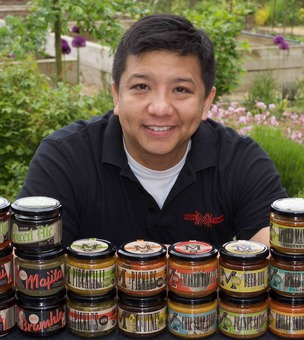 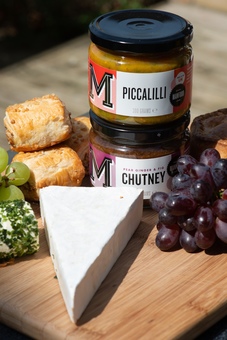 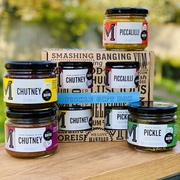