''The brotherhood of grooming''

Mo Bro’s was established in 2014 by the 3 brothers whom after attempting Movember soon discovered a gap in the market and a shortage of suitable beard and moustache products available for them to choose from. Starting with just £750, the brothers have built a 7-figure business based on, fun, brotherly love and a genuine passion for great beards, serving over 300,000 bearded brothers.

Whilst producing their products, emphasis was placed upon the quality and affordability of their balms, oils & waxes, enabling them to create a strong brand that was set to go from strength to strength within the market.

Mo Bro’s products are available in over 78 countries and sold in major retailers such as Next, Debenhams and ASOS. They have been featured on Dragons Den securing one of the highest offers of investments to date. Mo Bro’s have reached an audience of over 125 million globally and attracted media coverage from the likes of BBC, Telegraph and the Independent. Most recently they have formed partnerships with the PayPal, Amazon and the Department for International Trade.

In 2018, Mo Bro’s were awarded the best retailer of the year at the Leicester Business Awards. They also came runner’s up for PayPal’s International award at Richard Branson’s Virgin VOOM 2018. 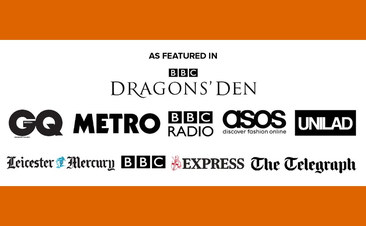 We are the UK's leading beard and moustache care company since 2014.

We offer free worldwide postage to all our customers.

Items under 1kg are shipped via Royal Mail.

Items above 2kg are shipped via DHL.

Items purchased over £20 will be provided with a tracking number.

Monday to Friday are classed as business days.All international orders under £30 will be sent via Royal Mail International Standard Service. Unfortunately there is no tracking provided for this service.