PRANSUK DESSERT makes traditional forgotten Thai desserts recreated into the new forms, introducing them and their stories to new people.

The name PRANSUK means ‘Breath of happiness’ which is a form of meditation practice, discovered by Chosita. The lotus flower presenting PRANSUK's logo has been used widely in Buddhist traditions represents the state of a peaceful mind. The desserts are thus a practise, product and expression of meditation.

Pransuk was started in 2012 by Chosita Dhumraksanukul. It originated out of her home in Chiangmai, Thailand. Pransuk has served customers looking for something sweet after their lunch, as meaningful and traditional gifts, or a gesture in special events such as house-warming, birthdays, weddings and buddhist ceremonies.

After graduating with a Master’s degree in Fashion Entrepreneurship and Innovation from London College of Fashion, Ploynita Chokpaiboon went back home and started to see the true beauty of her aunt’s desserts and wanted to preserve the culture by introducing Pransuk to London, her second home. Chosita’s recipe has been passed onto her niece, Ploynita, as a continuation of their Thai heritage.

Ploynita has been adapting the traditional desserts with her influences of living in London, offering the Buddhist philosophy to the contemporary lifestyle. 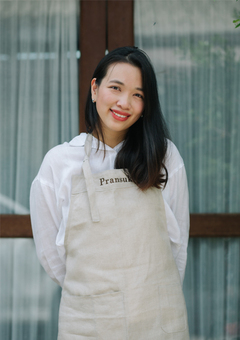 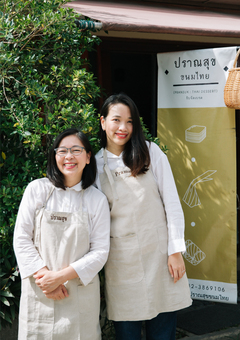 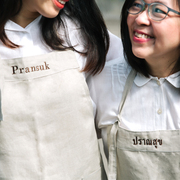 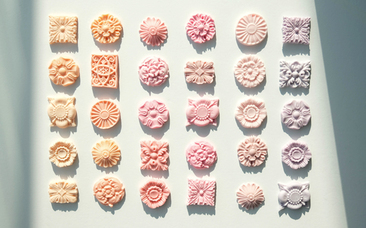 "It is the slow process in making PRANSUK's sweets, each one is thoughtfully hand-made. In the process of making them, we experience the state known as 'Breath of Happiness', absorbed in refining their beauty.

Through them I learned their stories, meaning and origins which mostly dated back in around 14th Century, part of history of Thai desserts and culture. Unfortunately they have since been largely forgotten or never been known even by many Thai people. I felt truly grateful at being introduced to these treasures and I wanted to be someone who could represent our culture and bring back its history.

My ambition is to share with the wider world PRANSUK, the love of my aunt and Thai desserts by honouring the history of the sweets while constantly trying to pursue their perfect form in beauty."