The Spirit of the Fens

The first day of trading for The Ely Gin Company Ltd was on Saturday 26th March 2012, setting out a stall on Ely market.

We are often asked how the company started. The founder, James Clark, used to work as a computer programmer, a job that is not as glamorous as you might imagine. After some 20 years of staring at a screen, James had a sudden thought: maybe there is more to life than this.

James had always wanted to run his own company, but what to make? Drawing on his hobby of making hedgerow wines and sloe gin, James decided to experiment in making sloe gin with other fruits – success! And so a company was born.

In June 2016, the company built on the success of its gins by branching out into flavoured vodkas and introducing the Octagon Vodka range.

The Ely Gin Company is now in the tenth year of trading. As well as selling across the U.K. through the power of internet, the company also has physical shops in Ely and Downham Market. 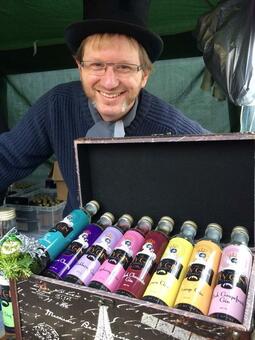