The future of the earth and the beauty it beholds is at the forefront of everything we create, it is why we began our journey and why we do what we do.

In 2012, co-founder Hamish Martin and his wife Liberty bought a derelict 7.5-acre plot of land on the outskirts of Edinburgh, it was there they laid the roots of The Secret Herb Garden.

The couple's dream was to create a green space that allowed people to wander freely and enjoy the subtle magic that nature offers. The Secret Herb Garden has over 600 naturally grown and tended varieties of herbs.

As a Herbologist, Hamish spent his time experimenting with the botanicals he so lovingly nurtured. It was from this exploration into the botanicals that he discovered something mesmerising; the true magic of nature.

With this knowledge and his past in the drinks industry, Hamish created a range of 100% natural gins, using the botanicals he had grown in his own sacred space.

It was never Hamish and Liberty's intention to create these gins but once they realised the intense flavour of their Lemon Verbena and the beautiful colour of their roses, they were unable to keep this secret to themselves.

So, in 2017, they released their range of Secret Garden Gins and now continue to create even more natural products using the botanicals grown in their very own Secret Herb Garden. 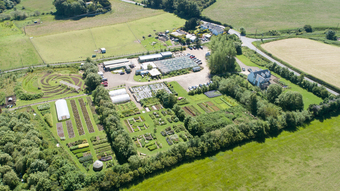 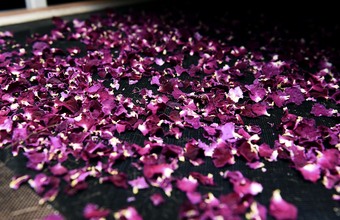 Our cut-off date for guaranteed Christmas delivery is December 21st. Any order placed after the 21st will be processed on January 5th.